ReversingLabs has established a tradition of attending WebCamp Zagreb, one of the biggest and most important tech conferences in Croatia. This year we didn't only attend, but we also sponsored the conference, and had an attractive presence in the form of our booth.

However, the most exciting part of WebCamp Zagreb 2017 for us was the presentation by one of our developers. Josip Domšić gave a talk titled "Cooking with large batches of object storage".

An information security expert, Josip is also a skilled cook who enjoys exploring the nature. Read more about Josip and his experience of WebCamp Zagreb 2017 in this short but sweet interview.

Although your talk was about technology, cooking was a very obvious theme in your presentation. Where does your passion for cooking originate from?

Josip: I'd say it all began when I was in high school; that's when I started experimenting with some recipes. My mother has been a great inspiration for me in this process. She has worked as a chef and a pâtissière for many years, so you could say that the passion for cooking runs in the family. 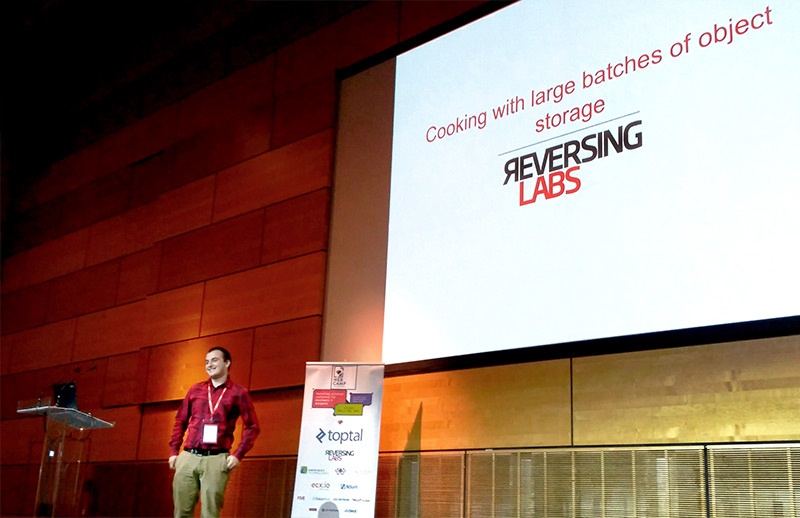 Your talk at this year's WebCamp offered some recipes for storing and managing large amounts of data. How did you decide on the topic, and what is the key takeaway from your talk that you wanted to get across?

Josip: When the WebCamp Zagreb Call for Proposals was announced, we at ReversingLabs found out that we would get one slot for a presentation at the conference. At that point, I was part of the Backend team. As a group, we chose five topics that were related to our work from the past couple of years. Then we voted on those topics, and my suggestion was one of the two that received the most votes.

Afterwards, my topic was approved by our higher-ups, because it was more related to web technologies and fit the general theme of the conference better than the other topics. And the rest is history.

As for the takeaways, I wanted to show the audience that it is possible - and very exciting! - to build a system that can handle so much data, but is still easy to maintain. Not only is it possible, but we're actually doing it here at ReversingLabs, and it's working really well for us.

Indeed - your talk provided a really informative insight into how we deal with data at ReversingLabs. Is there anything you would like to change or improve when it comes to the way in which ReversingLabs currently manages its storage?

Josip: The system we've set up is currently stable, and we haven't encountered any major problems so far. As our storage size continues to grow, we might see some problems. When that happens, certain changes and improvements could become necessary.

Was this your first time speaking at a conference? How would you describe the experience?

Josip: Yes, it was, but I've spoken in front of large audiences before, so I wasn't as nervous as I thought I'd be. Still, I was a little bit worried, but I'm generally happy with how it went. I didn't forget any words, which is great! 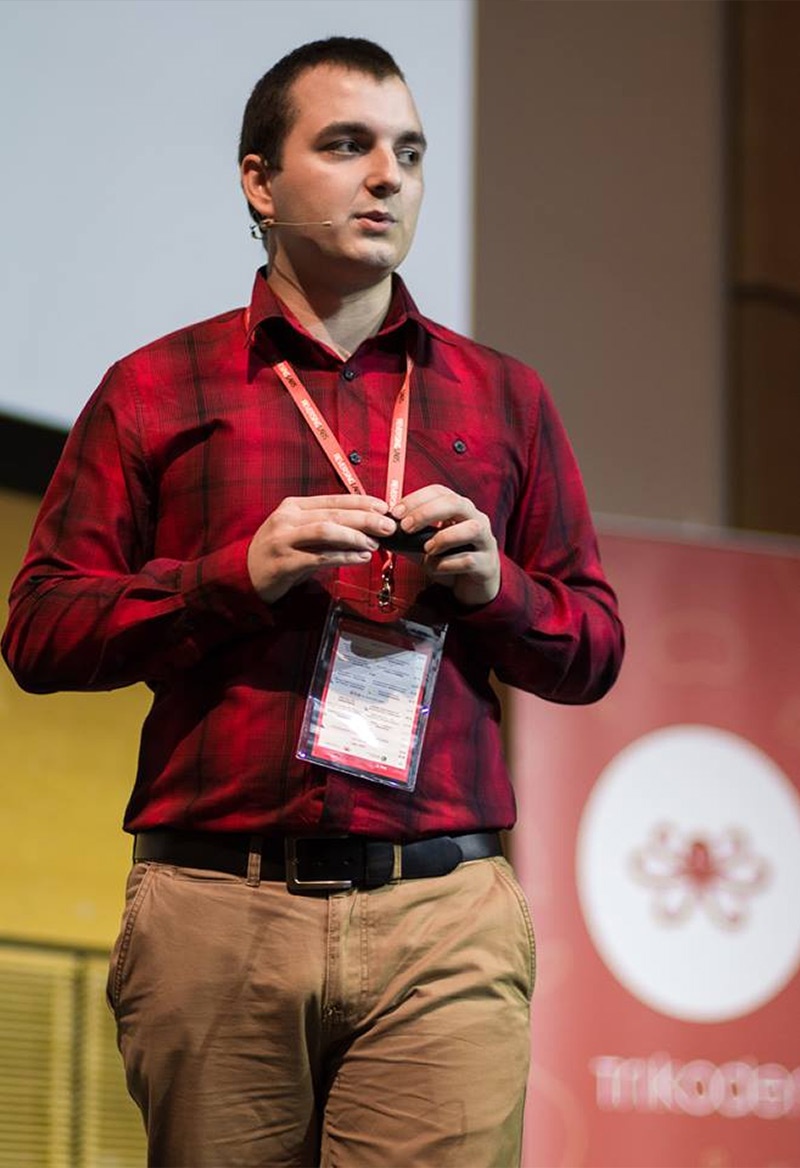 Have you attended WebCamp Zagreb before? How does this year's edition of the conference compare to the previous ones?

Josip: I've attended before; in fact, this was my third time at WebCamp Zagreb. The content of the conference - talks and topics - has retained its quality, but some things have changed. The food was much better this year! And you could really notice that the organization has improved; the volunteers were well-prepared and the whole thing didn't seem as chaotic as before.

Which of this year's talks at WebCamp Zagreb was your favorite (apart from your own :))?

Josip: The one right after mine - "Microservices in production: a case study" by Marin Prcela. We've done quite a bit of work related to microservices in the past three or four years, so it was interesting to see how others do it - what's their approach, how to make scalability easier... It was also interesting to realize that we at ReversingLabs actually do some things in a simpler way than the business described in the case study!

Let's say some of your colleagues from ReversingLabs want to speak at a conference. Do you have any advice to give them?

Josip: Yes - it's never too early to start practicing for your talk. Start speaking in front of a "test" audience as early as you can. Also, start with a lot of content. Make your presentation longer than your allocated time. Based on feedback from your test audience, you can easily take things out. That way you'll also have more things to talk about when you get questions from the audience at the conference.

Sounds like reasonable advice. Thank you for the talk and for this interview, Josip!