Several state-sponsored threat actors have been caught in the news this year for cyber attacks on both private and public entities. One example is Lazarus, also dubbed ZINC by Microsoft, which is a threat group sponsored by the state of North Korea. The group has been active since 2009, using over 45 different malware families to carry out cyber attacks on organizations globally. More recently, ZINC was found targeting Japanese crypto firms, as well as U.S. energy companies. It is evident that this group has a robust track record, and continues to reinvent its techniques to carry out attacks on its targets.

A more recent technique the group has picked up uses trojanized open-source software, with the help of persistent social engineering to deliver a malicious payload. Experts at Microsoft released a threat report in September 2022 explaining this new technique:

This set of trojanized, open-source software implants has been dubbed ZetaNile by Microsoft and BLINDINCAN by CISA. After some investigation, this campaign presented an opportunity for deep study by the ReversingLabs Research Team.

Here's how ZINC has delivered these attacks, where the malicious code resides in the open-source software, and how these implants function to achieve their malicious goals.

The attack begins with ZINC impersonating recruiters in popular technology and defense companies, contacting victims through LinkedIn. After building trust with victims and encouraging them to apply at legitimate job listings, the attackers sent an ISO file as an attachment over WhatsApp.

This file contained a trojanized version of PuTTY, TightVNC or KiTTY, which are tools used to connect to remote servers, and a text file with an IP address, username and password. ZINC operators likely told victims that in order to proceed in the interview process, they would need to log into a server using the provided client and complete an 'assessment.'

ZINC typically builds custom malware to trick users, utilizing GUIs (Graphical User Interfaces) to convince users that what they executed is legitimate software. For example, the group uses custom PDF readers that load malware out of benign-looking files provided by ZINC. By trojanizing the open-source SSH clients PuTTY, KiTTY and TightVNC Viewer, as well as distributing a trojanized Sumatra PDF Reader, the threat actors are able to evade human suspicion. In addition to convincing graphics, the trojanized software only activates the malicious payloads when victims enter the provided credentials. This prevents automated sandboxes from detecting this suspicious behavior.

This threat research focuses on the trojanized version of PuTTY as an example (although the same techniques were used to trojanize TightVNC).

The trojanized PuTTY was, in this case, a loader for an embedded payload which functions as a backdoor. Upon execution, the victim is presented with the typical interface for PuTTY:

The backdoored TightVNC also appears normal to the user:

If the victim enters the IP address and domain provided in the .txt file and selects "Open" or "Connect," a special routine to execute the backdoor begins. The malware copies shellcode into allocated memory, utilizing it to execute an embedded DLL. This shellcode hides its functionality using API hashing and manually retrieves functions from the user32.dll and msvcrt.dll libraries.

ReversingLabs research revealed several versions of the ZetaNile loader. In most PuTTY samples, the DLL was stored plainly in the data section. In a later variant, the threat actors reversed the DLL bytes in the file to avoid detection. In the TightVNC Viewer samples, ZINC encrypted the embedded DLL using the AES algorithm. In all cases, the stage 2 payload runs in memory instead of being dropped to disk.

The final payload was a trojanized version of a program called FingerText, a software which allows easy development of plugins for Notepad++, a popular text editor. ZINC simply used FingerText as a container for their malware, so the capabilities of the legitimate open-source program are not relevant to the payload. ZINC created a thread to run their backdoor in the Main function of FingerText (DLLMain.cpp).

This backdoor implements a straightforward command-and-control scheme and supports execution of arbitrary shellcode supplied by the threat actor. In the case of the samples studied by ReversingLabs Research Team, the backdoor communicated over HTTPS with POST commands to the server hxxps[://]leadsblue[.]com/wp-content/wp utility/index[.]php, which is likely a compromised WordPress site. The following steps document the communication process with the C2:

The trojan identifies further commands from the C2 by looking for the following keywords:

Some PuTTY and KiTTY samples persisted via DLL hijacking and a Scheduled Task. One PuTTY sample dropped the file colorui.dll in a new directory named C:\ProgramData\PackageColor, and copied the legitimate executable C:\Windows\System32\colorcpl.exe to that directory. The original PuTTY sample registered the following Scheduled Task (to be run daily):

However, many of the samples in this campaign were missing persistence mechanisms, which are typically important features if the malware author wants to remain on a device that could shut down or be terminated by the user. This indicates that either the threat actors were quickly pushing additional shellcode modules to the backdoors as victims were infected, or that these implants represent a rapid prototyping and development phase by ZINC.

The ZetaNile family is the most recent of many open-source software projects trojanized by ZINC, including PuTTY, KiTTY and TightVNC Viewer. The interesting features of this family are the conditional execution of the shellcode, which may evade sandboxes monitoring behavior. This campaign involves a strong social engineering component through LinkedIn and WhatsApp, and requires user interaction in order for it to be successful. The shellcode used to load the final payload uses API hashing to hide its functionality and reflectively loads the payload in memory, avoiding disk artifacts.

All in all, this campaign demonstrates that ZINC, a seasoned, state-sponsored, North Korean threat group, has the ability to integrate a number of evasion techniques and bundle them into software that doesn't burn some of their more custom tooling. ZetaNile is a strong use case for the continuing need for static analysis on evasive samples. 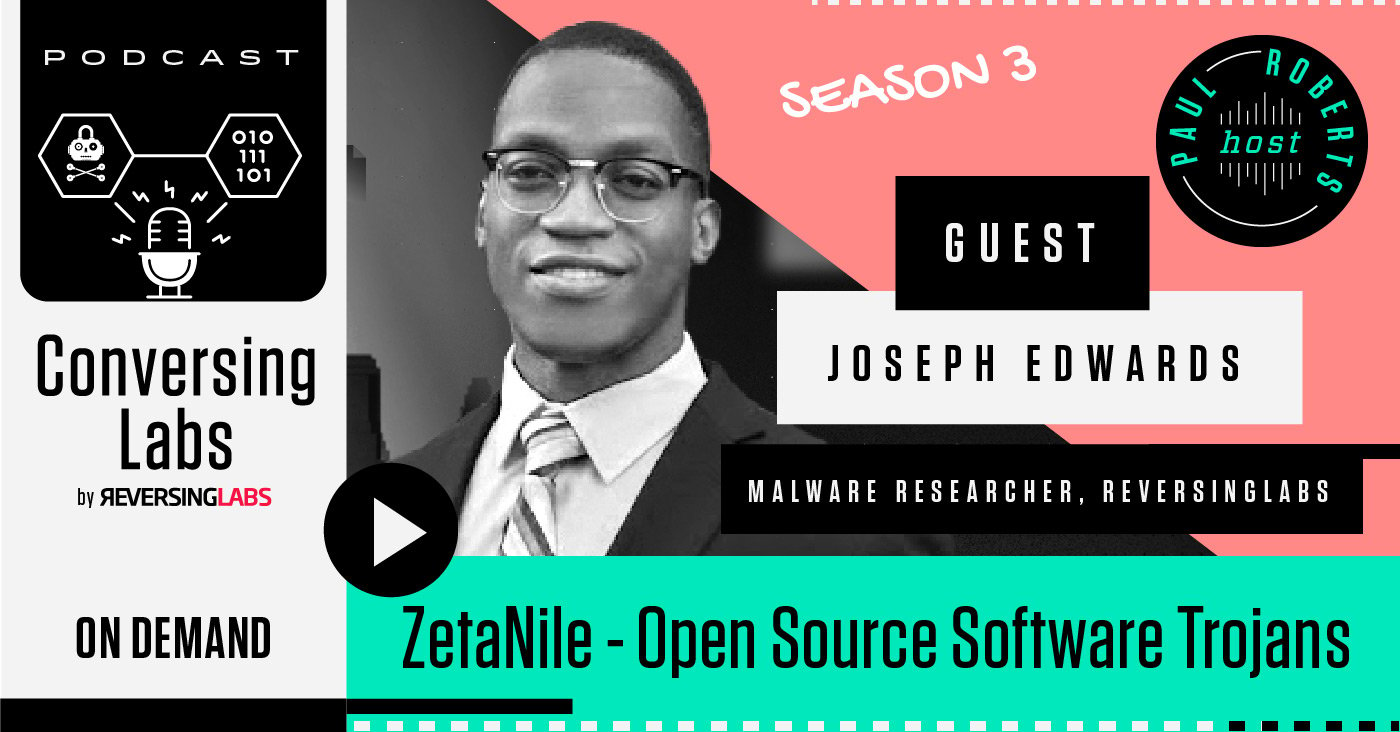